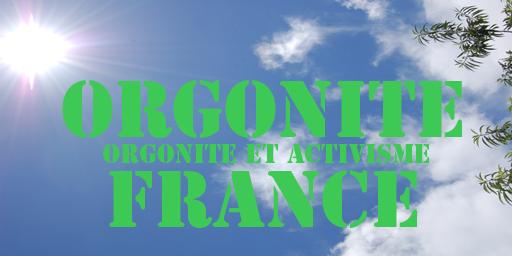 We have done a 4.500 kilometres trip to Italy and Switzerland not without taking a short stop at the home of the pope.
About half a ton of Orgonite (approx. 500 kilo) were given a new place to be.

No wonder, there's a lot of huge apparels and leylines to gift throughout Europe at every place.. the same up to this one.

Introduction of the report from autumn 2010:

Hello to all of you,

we have done a new gifting trip from 30th of October to 7th of November,
refering to NWOs structural plans, look at that

interesting maps can be found here,scroll down

The first picture of Birgit/Rainbows second reply shows you the general plan copied out of http://www.one-evil.org, the second one not less than 113 (!) US installations in Italy.

,,How nice'' we thought after discovering that and definitely gifting is needed.

Indeed orgonised-germany, a great german gifter has done some of the north Italian apparels...but so much installations..that needs a lot of orgonite.

So almost 500 kilos of additional orgonite doesn't matter in that way.

As I have to go to work and Birgit personally has more time to do it (we did do the trip together as all of the published ones in here) she's preparing the German form first and the englisch ones are coming later.

As well you can enjoy the pictures of the trip at least and perhaps some of the guys in here can understand the one or the other of the German form until the English one is ready in here.

- 3 Radar installations next to Verona
- Camp Ederle USAG Vicenza
- The city of Venetia
- The ,cross of the south' a CERN outbound next to Bologna, Medicina apparel
- The Monte Venda, U-Base plus big apparel on the top of a hill close to Bologna/Rimini area
- Rimini haven (incl. US install.)
- Ancona haven (milit. installations around on top of the hills)
- Rome inner city
- Vatican city plus its TV tower
- Cegghinola Nato Defense College, a military city of its own, surrounded by a huge TV tower in the west and a 10-tower-apparel in the east next to the freeway ring Rome-south
- Lake Albano, Castel Gandolfo, Pope's summer residence plus U-Base next to on the mountain nearby and the apparels on top
- Vaticans super apparel 20 miles northwestwards of Rome with not less than 15 tv tower apparels up to 600 feet high, with an 80 feet iron cross on top of one of the towers (!)
Looked extremely ugly and very DORized and an Italian military base close to that apparels, nice conjunction
- Livorno USAG, stretches over 5 miles alongside the Beach of Livorno's north plus the italian navy base inside of Livorno

- The Lake Geneva in Switzerland with its CERN installation downunder the ground of the lake
- Lake Vierwaldstättersee in Zurich, as Zurich is part of the one-evil-plan map being a major NWO-network item.


We didn't have the time to gift the US Airforce Base Aviano in Italy's northeast. When somebody is in Italy, feel free to do it !!

PS If somebody lives in the east of the US, look at that
http://www.one-evil.org/images/holocaust/pentagon_pentagram_500m.htm

Shocking, right? You know where the right red line is going to ? Now gifted, that Vatican city.

I just present Day 1 + 2, otherwise there might be too much webspace being used for all the pictures and the loading time is too exaggerated. The complete report is available at www.orgonit-world.de/forum

Birgit, her daughter and me we're back from our 9 days trip to southern Europe (30th of November to 7 th of November)

We drove a right round over Austria down to Italy and back crossing Switzerland from southwest to northeast to Schweinfurt.


Starting on Friday 10 PM... close to Nuremberg and Munich using the freeways down to Austria.
Our first target came there.. Achensee, Tyrolia
And the first water orgonite...

German Wikipedia link to the Achensee, take a look (perhaps as well available in English?)
http://de.wikipedia.org/wiki/Achensee

on our trip we also got some freeway crossing to gift (1 TB each) so traveling by gives you a nice energy boost. And as well some smaller microwaves..we don't photo each small one ..

Next stop was the parking lot of the Brenner, being the passing-through to Italy.
The lake couldn't be gifted, it was not reachable because of new snowfall in that area.
But the parking lot as start of Italy with its microwave got Orgonite.

Furthermore we drove the E66 (european freeway signature , E means European street) through South Tyrolia to Lago di Braies - Pragser Wildsee, that plays a big role in the tyrolian world of fables.
South Tyrolia interestingly is bilingual, being a part of Austria before WWII and then Italy got it.. and trying to latinize it... but the ancient south tyrolians still speak more a bavarian-tyrolian dialect similar to that one north of the Brenner. Street signs are mostly bilingual, but very often the german name is the first one.
By driving style instead of you can feel the italian spirit... fast, trucks overtaking me in bends, that drove up to 100 km/h there, wow.
Speedy driving, but I'm as well a fast driver. But not overtaking in bends at 4 AM in the night when the visibility is low as the trucks did do.
That driving style you can see allover Italy... very fast, speedy and risky. ;-)

Here's the fable lake. Impressions, take a look at the pictures.

We slept there 2 hours, until the sun came over the hills and an icy (because of the altitude, 6800 ft. above sea level) morning start and surrounded by snow :-)
As I couldn't sleep I could met south tyrolian hunters with 6 feet ancient weapons (looked like 100 years old the stuff) parking their car next to ours and then walking upwards. Had a nice short talk, they recommended South Tyrolia not in August because of a lot of Italians coming inside. Yes that region in Italy is autonomious (South Tyrolia and as well Trento) and you can feel that, they're seeing themselves as tyrolians more than as Italians.

Then after waking up, we did a nice walk round the lake and it got as well it's water orgonite..
, Wow' scenery, that you can get in that way only in South Tyrolia, the dolomites scenery is unique and a national park !

Searching for interesting places and the one or other lake ... we had to drive offroad...
For that purpose there's the Ford Maverick jeep... with 4x4 powered.
When driving on such paths you see the advantage out of the 4x4 !.
For interesting gifting experiences at least recommendable.

As here were we took water for new essences for orgonite pouring out of a small river with clear healthy mountainous water, non-poisoned one, cleared by the Alps.

There were some world war monuments and old spiritual warfare energies to neutralize in that area... gift it :-) directly located next to the motorway.

Driving over Cortina d'Ampezzo/ Anpezo we reached the Passo Falzarego (2105m / 6200 ft), where we gifted a military area plus TV radio tower inside on top.

At Passo Pordoi- Pordoipass (2239m / 6400 ft) we ate dinner in a restaurant surrounded by a stony and snowy Alps scenery including sunshine.
Then we reached Passo di Sella/Sellajoch.
While Cortina d'Ampezzo is not South Tyrolia anymore you entrance it again at Sellajoch.

We couldn't gift this neighbour mountain because of lack of time.
But at Sellajoch we digged a howitzer in the ground and the copper pipe directly focused to that apparel :-)

Then we drove down to Grödnertal / Grödner Valley to Ortisei / St. Ulrich gifting a microwave inside that small town.

Back at the E45 / A22 over Bozen and Trentino down to Lake Garda (Gardasee / Lago di Garda).
Around the parking lot next to the US telecommunication station Paganella we gifted back again as this apparel was gifted before as well by other gifters... Update.

Next to Lake Garda we were in the village Affi, there are again US Army telecommunication stations.
Water orgonites for Lake Garda.

From western directions, ,,clouds'' reached Lake Garda after having a lot of sunshine in the morning and during lunch time.

Now we started again driving bend by bend up the mountains east of Lake Garda.. not so high as in Southern Tyrolia northwards but full of partly 180° bends, very interesting to drive.
First target was the US Army station S.Anna d'Alfaedo, Radarstation.

It got dark now, so we don't have pictures out of the other 2 gifted radar stations, only a few miles away... Erbezzo, NSA-telecommunication station and Lunghezzano, US Radar, you could see the radar ball in the darkness a little bit but we had to gift fast, there where soldiers in the ,,park'' around the ball guarding.
Curiously this Lunghezzano radar was in a deep valley... rationally I would say that's nonsense,...on other locations they're on top of the hills to get a good radar picture.
But not here.. hm.
The connections between the 3 stations were serpentines, small roads and paths and sometimes was very tight to drive by... and Birgit prayed to God that we get alongside those streets ;-)

At 9 PM we reached the hotel in San Bonifacio next to Verona, after 23 hours incl. 2 hours of relaxing at Lago di Braies - Pragser Wildsee, to get sleep immediately.
An Italian Pizza as coming-down followed in a restaurant there.

After the breakfast we gifted some microwaves in S. Bonifacio first.
But our first main target this way was US Army's Camp Ederle installation in Vicenza while it was permanently raining and colder. Plus some other apparels.

We drove southwards in direction of Faedo, after 8 miles finding another Zona Militare (military zone) ... after gifting discovering that we got a storage of NATO / US nuclear bombs...how nice.
Name of that station is ,Longare'
As Italy itself has officially no nuclear bombs you know to who it's belonging to.

From Faedo we climbed up the Monte Venda, on a military street (not allowed for civilians) in serpentines, then at 3/4 of the hill climbing it up mile by mile, the military area started..the street went inside but a military fence stopped us.
While gifting surrounded by fog you got a picture of that apparel down again in the valley.
Indeed a very big Tower apparel plus underground facility.
US Army telecommunication apparel is the official declaration.

Panorama when we drove upwards.

Nice mystic forest, after gifting it with a big howitzer and some other orgonite (earth pipes..) we drove downwards, realizing a car crossing by on that military street... taking an eye on us ? Looked like but we were ready gifting there *smile*

On our way to Conselve (US and Nato telecommunication) we could see the top of Monte Venda then. The fog was gone a little bit.

Because of the weather we couldn't relax at the beach (planned), so we gifted another apparel next to Bologna, the so called ,cross of the south' Medicina, a CERN outbound research apparel.
But before, why not gifting that TV Tower Budrio

Now we went to the ,cross of the south' -Medicina, located in between fields and almost not reachable... good luck that there is the Jeep.
Belonging as well to the LOFAR Network, important to gift.
Used to take kilos of Orgonite, not unusual, as well the LOFAR apparels needed much.

We got even a blue hole over us before moving to Jesolo, our destination to stay overnight next to Venetia, directly next to the beach.
In the one and only open Pizzeria there was an Italian Halloween Party, nice :-)

Out of the tourist season, that Jesolo is a relatively quiet place... and 85 % of the facilities are closed.